"The five senses through Sound and Image."

Short film by Konstantinos Kardakaris. Oxytocin is the hormone responsible for all feelings when someone is in love but is also produced at the moment of childbirth and bonds the mother wth the child. Through an experimental narration (and a 5.1 sound design) Oxytocin conveys to the viewer the five human senses through the only two cinematic means; Sound and Image. Premiered at the Competition Programme of the Athens International Film Festival 2019.

The Man Who Laughs

Assistant Director to Theodore Abazis' music theatrical composition of The Man Who Laughs based on Victor Hugo's novel of the same name at the National Theater of Greece in 2019. This eventful novel of politics and romance is the raw material for a subversive piece of contemporary musical theatre . A group of talented performers, including actors, singers, dancers and onstage musicians, give their all to bring a complex and demanding musical to the stage using all the tools of theatrical storytelling.

For four months, the rehearsals building of the Greek National Opera in Kallithea had been transformed into a sound and image factory. With the participation of 18 artists coming from the fields of music, sound and visual arts, selected via an open call, the new workshop, Transmedia Labworks, focus on the relationship between opera and digital arts, interactive media and programming. Starting with Richard Strauss’s Elektra, the participants were called upon to experiment in order to redefine the concept of performative act in opera. The on-stage action have not been seen as a reproduction of narrative successions, received by the audience as an external observer, but as a spatial interactive experience, co-formed by the audience’s active participation. The aim of the Transmedia Labworks workshop was to create a series of experimental, cross-media and interactive audiovisual projections and interpretations of selected scenes from the foresaid opera. Transmedia Labworks has been completed by opening its doors to the public and by giving them the unique chance to become part of an exciting audiovisual experience. Exactly at the point where opera meets with digital cross-mediacy and computer interpretation. 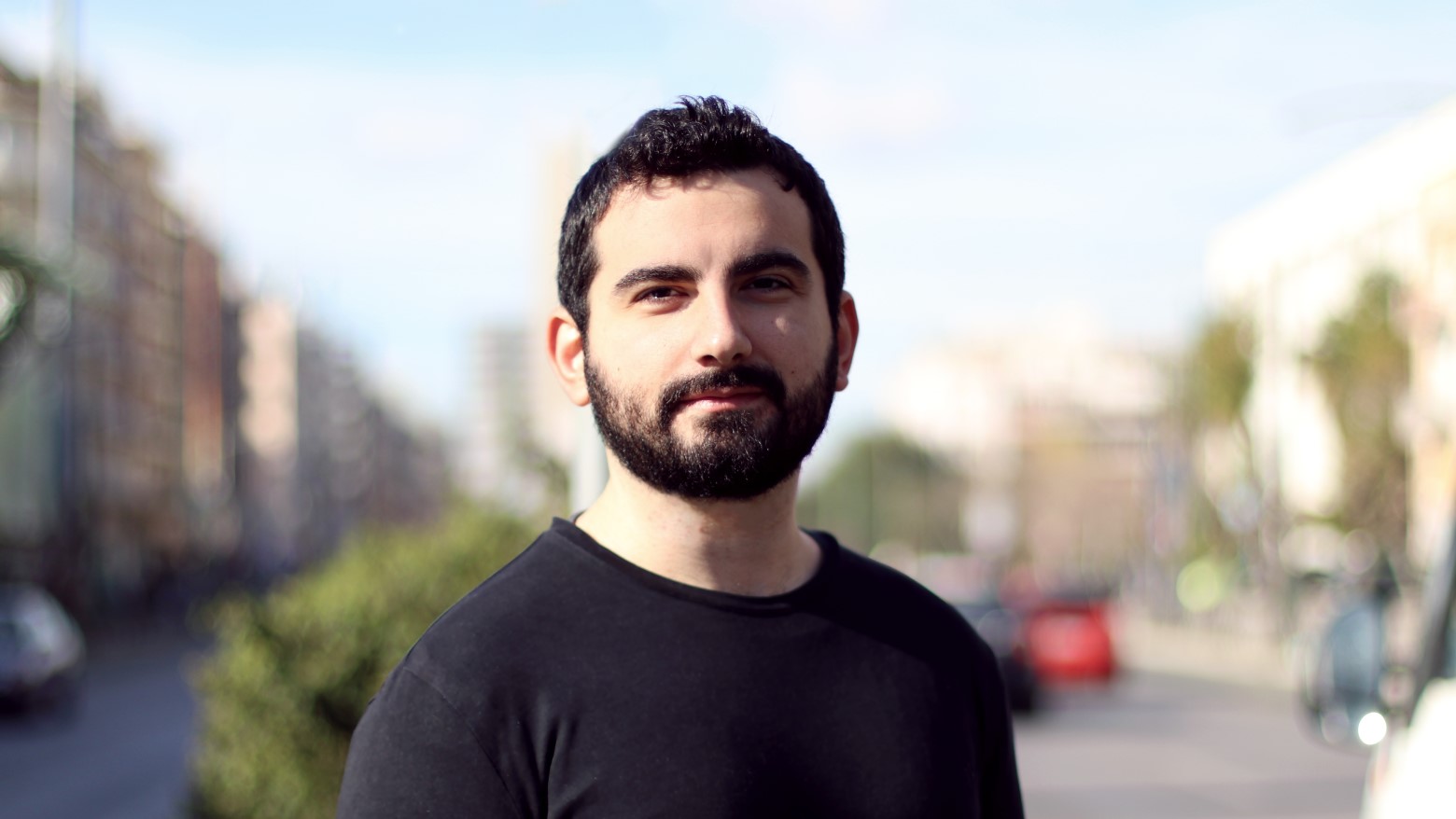 Konstantinos Kardakaris was born in Athens. He studied Cinema, Physics (B.Sc.) and is currently enrolled in the Directing Department of the Drama School in the National Theater of Greece. Recently he was selected for a full scholarship from the National Centre of Audiovisual Media and Communication (EKOME) to attend a program in Nu Boyana Film Studios in Sofia. He has worked as an assistant theater director in the Athens & Epidaurus Festival and in the National Theater of Greece. He has also participated in “Transmedia Labworks” of the Greek National Opera and composed original music scores for television and cinema productions. In 2019, he curated the program “Transitions” for the 17th Tirana International Film Festival, and in 2017 the program “Focus on Belgium” for the National Contemporary Art Museum (EMST). In the same year, he was the Greek Ambassador for the LUX European Film Prize and was selected in the Jury team of the Venice Days award at the 74th Venice International Film Festival. His first short film “Oxytocin” premiered at the Competition Program of the Athens International Film Festival 2019. This year he participated in the pre-selection process for the Venice Days Program during the 78th Venice International Film Festival and he curated an audience-award winning program for the 19th Tirana International Film Festival. He is currently working in a stage performance for SGT Onassis Foundation while preparing his second short film.